As we slowly emerge from the COVID days of virtual storytelling, this month’s blog checks in with the long-running Orlando Story Club which held an in-person November slam on the 3rd and is gearing up for the year-end “Slam Championship” on Dec. 8. 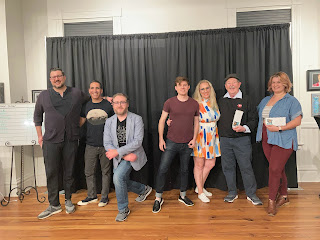 Tellers (experienced as well as beginners) just show-up on a Wednesday night about every other month to join in a friendly, relaxed competition.

Currently, the Club is meeting at CityArts Orlando, a restored historic building on 39 South Magnolia Avenue in downtown Orlando. Prior performances were at The Abbey, a small downtown theater.

“Before COVID we would get anywhere from 35 to 65 or more in attendance,” says Wesley who has co-hosted these story nights for more than five years. For much of the lockdown in 2020-21, the Club went virtual. 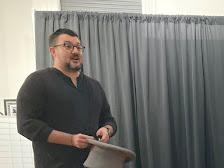 Wesley, a marketing consultant, is also a storyteller who told at a Moth concert in Brooklyn in 2020.

The Moth was the inspiration for the Orlando Story Club. Back in 2014 film producer Robin Cowie (“Blair Witch Project’) had moved to Orlando and was looking for a place to share stories. Cowie has said that he enjoyed Moth performances in Los Angeles and was frustrated that there was not a similar venue in Orlando, so he helped start one.

Wesley says that the Orlando stories are just as good as any heard from a Moth stage. These stories range from true, serious, and often dramatic, accounts to some that are amusing and sometimes hilarious. 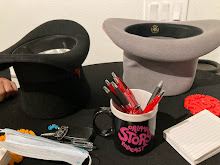 Every Orlando Story Club night has a theme. The Nov. 3 theme was “Cutting My Teeth.”

Tellers enter by dropping their name in the story hat. Ten are drawn at random. Each storyteller is given a flexible 5-minute chance to impress the audience. Three non-telling volunteers are picked as judges, ranking tellers from zero to 10. The top 3 tellers take home prizes such as gift certificates for dining at local restaurants.

Wesley and Ziss also have fun with the short storyline “zingers,” inspired by the theme. Audience members can jot these down on note cards and toss them in another hat. “It’s a lot of fun to ad-lib on the spot,” says Wesley.

On the Nov. 3 night, there were eight tellers, including first-timers Lisa and Lindsey.

Lisa told of how she overcame her fears and learned to face life’s challenges after jumping off a four-story building in a controlled- harness as part of a charity fundraiser. Lindsey impressed the judges with her account of how she coped with a seizure that robbed her of her memory.

Among the regular returning storytellers was Jesse, who got laughs and sympathy when he told of his struggle to cook the perfect meal for his girlfriend. And a young man named Logan told a funny and heartwarming story of overcoming a childhood injury that made learning to ride a bicycle an enormous challenge. 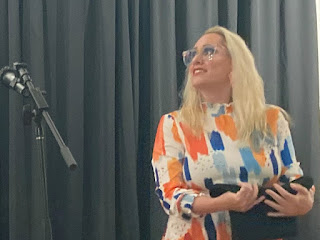 She says that most nights it’s like a rollercoaster with some stories being pure silly and fun while others that are raw and emotional.

Past tellers at The Orlando Story Club include members of the Florida Storytelling Association such as Robin Schulte and Madeline Pots, both        active with the Storytellers of Central Florida.

Madeline is a two-time Slam Champion of The Orlando Story Club and has written about her Orlando experiences in a previous FSA blog.

She will be  among the featured tellers at the upcoming Florida Storytelling Festival in Mt. Dora (Jan. 27-30).

Wesley served as host of the festival’s slam in 2020. Ziss will be hosting at the next Festival in January.

There is a $5 donation requested to attend The Orlando Story Club’s slams with the proceeds going to charity. For more information about the Club’s year-end battle of winners on Dec. 8, visit the group’s Facebook page or website: Orlando Story Club - Downtown Arts District 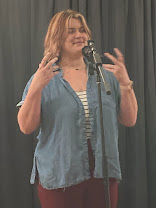 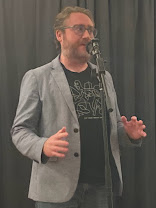 Among the tellers at the Nov. 3 Slam:  Lindsey, Lisa and Jesse