Where were you in March, when COVID-19 swept away our storytelling venues? Did you have programs scheduled in schools, libraries, care and senior centers, festivals? Over the course of three days I was flooded with emails and phone calls, “I’m so sorry but…” Cancelled, cancelled, cancelled.

I watch as others begin the transition to virtual programming. Can this old dog learn that new trick? A few opportunities convince me I can but telling stories into a camera is not the same. For some of us, it’s a lot more technical work and less satisfaction. Where does that leave storytellers like me, and maybe you too?

Adrift and afraid. Suspended between the trapeze bars, letting go of what was known and reaching for something new. I wonder if and when storytellers will again gather face-to-face with people, earn a living and revel in the joy of that “story bubble.” But sometimes in the winds of change, we find our true direction.

A local friend brought her elderly mother, Gladys, to Florida for the winter. COVID prevented them from taking her home as planned. Like all our snowbirds, Gladys loved the warm weather and her studio apartment in the pool house. At 88, she had become rather sedentary and over-indulged in blueberry pie. Since she knew no one here, I visited often and we became buddies, enjoying our time together. We sat in the pool house, singing as I strummed my ukulele. She told me of the many places she had long ago visited with her now deceased beloved, Chuck. She delighted in watching old show tunes on YouTube.

She had never heard of storytelling and quickly became a fan. Not once did I arrive or depart without her remarking with a smile, “Don’t forget, I want another story.” Sharing the story bubble with Gladys let me keep one toe in that precious space.

In early June, Gladys was diagnosed with stage 3 ovarian cancer and courageously declined any treatment. She rode out the last weeks of life in the pool house, asking for more stories. In her final days she would nod her head, eyes closed as she listened. On August 16, she quietly passed away. It will always be my sacred honor to have given her the comfort and joy that stories offer us all.

It was great to earn a living as a storyteller, affirming to have gigs on the calendar and rewarding to hear the applause. But Gladys reminded me that’s not what it’s about.  We are storytellers. We are artists that gather stories in our heart and hold them there forever. The greatest satisfaction comes from telling the right story, to the right person, at the right time; knowing that the story has moved from your heart to theirs.

As we navigate these crazy, upside-down, inside-out days of change let’s remember and hold on to our true purpose as storytellers; to entertain, to enlighten, to educate, to comfort, to calm. Our value lies not on a stage but in the stories. 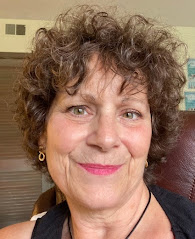 Kaye Byrnes has been sharing stories with children and adults since 1996.  Her repertoire of folktales, fairy tales, fables, myths, legends, and classic literature along with original and historical stories is carefully crafted for listeners of any age.  Pre-COVID, she performed regularly for schools, libraries, care facilities, service groups, festivals, conferences and community events. As a workshop and retreat leader, Byrnes helps others find their own creative spirit and storytelling voice. Her workshops are highly participatory and those who come with trepidation leave inspired and confident.  These days, she spend her days wondering what the future holds.

Posted by LindyGardens at 1:19 PM No comments:

You could call me obsessed. Not clinically. Not dangerously. Obsessed in a good way – at least I hope.I am obsessed with the storytelling concepts showcased in the Broadway play“Hamilton” by Lin-Manuel Miranda.

I never saw Hamilton live. I tried. I stood among the crowds outside the Richard Rogers Theatre in New York Cityhoping my name would be called in the $10 just-before-curtain fan lottery. When the play came to Chicago, I joined other eager hopefuls standing in the hot sun. “Please, please call my name.” Nope! They didn’t.

Then when I moved to Raleigh, North Carolina and the $10 lottery went on line, I signed up every day for months – not just for the touring show that came to Charlotte (2 ½ hours away) but also to performances all over the country. I figured the price of plane fare and a hotel night would still be cheaper than $600-$1600 for two tickets in New York City. I actually know people who won tickets on-line … but alas … not me.

And then this year Disney announced a Hamilton movie was coming out. It was filmed over three days in front of a live audience in New York City and it was going to be available on Disney+. My first thought, “Okay, how much is this going to set me back?” The answer: $6.99 for a month by month subscription. “Really? Are you kidding me? You mean I will feel like I’m in front row seats? The really expensive, reserved for VIPs seats? Sign me up.”

So far, I have seen Hamilton five times. I am still fascinated (okay obsessed!) by it and I intend to watch it at least a few more times. The play is a synthesis of everything I enjoy about live theater and quality storytelling:

·         Truth: Well-researched stories – either personal, historical or folklore – that reflect a universal truth and/or that speak to the storyteller’s own story or journey

·         Twist: Narrative that is unexpected, creative, unique and current

·         Technique: Music, rhythm, dance, songs and whatever else adds interest

Now I enjoy a well-crafted story simply and sincerely told, but I have to admit I’m a fan of adding a little creativity. Okay … a lot. I love flair; I love humor, even in serious stories; and I love the wildly unexpected. These techniques coupled with truth and sincerity, captivate me – especially when there is a connection to the current world. And Hamilton has it all – outstanding lyrics, unique rap rhythms, phenomenal dancers, amazing singers and talented actors that reflect America– people of many colors. No wonder the play won eleven Tony Awards and a 2016 Pulitzer Prize in Drama. It is storytelling at its best!

In a nutshell, the play tells the story of Alexander Hamilton, a key figure in the American Revolution (late 1700’s),and the fight to free American colonists from what they saw as control and tyranny from the British regime. It details Alexander Hamilton’s loves, challenges, friendships, accomplishments, and his ultimate death in a duel with Aaron Burr.

The music will stick in my brain forever. The dancers were sexy, strong and mesmerizing. (I wish I could do dance like that!) But what really impressed me was the decision to cast Black and Brown actors as the Founding Fathers. In Miranda’s words, Hamilton is about "America then, as told by America now.”

America now. Like so many, I believe the United States of America is far from the stated ideals of the American Revolution. This country is still in need of a cultural revolution of acceptance, understanding, kindness and equal treatment for all. All over the country, Americans of all ages, races, genders and creeds are writing, speaking and marching for injustices. And many of iconic phrases from Hamilton are displayed on protest signs:

“Immigrants, They Get the Job Done.”

“History Has Its Eyes on You.”

“Who Lives? Who Dies? Who Tells Your Story?”

Storytelling now. Black Lives Matter. Me Too Movement. COVID-19. We are living in a mask wearing, six-feet-apart, non-hugging world. Camera phones have captured horrible crimes. Tweets have incited viciousness. Rudeness is rampant. Everything has changed (or at least everything seems amplified). I join many in feeling drained and uninspired when it comes to my work as a storyteller. Michelle Obama put my malaise into words when she said she felt “some form of low-grade depression.” I feel it too. I miss the energy of live audiences. I miss the laughter, the ah-ha’s, and the call and response. I miss the human touch … the hugs.

But, as they say … this, too, shall pass. I will, one day, become re-energized. I will be inspired to create new stories. And when I do, I believe I will emerge with a Hamilton inspired energy because I know that storytellers are in a unique position to Rise Up and Get the Job Done by including more important stories in our repertoires.

We have the opportunity to dig deep into old folktales and myths and ask: “Why have their messages about morals, survival and the world around us endured? ”“How should these stories be retold for today’s audiences and todays issues?” We have the chance to tell tall tales that speak to universal truths about justice, fairness and acceptance. We have the skills to research and craft stories – our stories, her-stories, his-stories – and share them stylized, twisted and musicalized. We are in a unique position to educate and enlighten through story – and we must think about how we can do that effectively.

My favorite line from Hamilton is when Lin-Manuel Miranda, as Alexander Hamilton, sings about his passionate need to work tirelessly on designing and fighting for a new nation.

I am just like my country, I’m young, scrappy and hungry

and I’m not throwing away my shot!♫

Storytellers, we have the audience. Don’t throw away your shot! 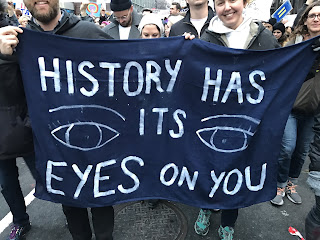 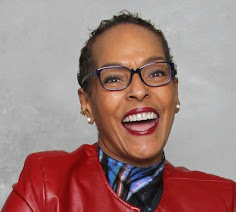 For the past 30 years, Linda Gorham has engaged audiences internationally, with poignant and humorous family stories; interactive folktales; notably twisted fairy tales; and riveting, well-researched historical stories. Each performance is infused with Linda’s unconventional humor and her signature ‘sophisticated attitude’. We are thrilled that she will be one of our featured storytellers at the 2021 Florida Storytelling Festival. And because it will be a virtual festival, you'll be able to join us from anywhere. Linda can be reached here Lgorham3@gmail
Posted by LindyGardens at 3:00 PM No comments: